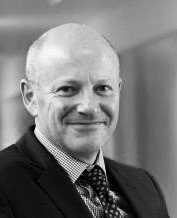 Paul Allain is Professor of Theatre and Performance and Dean of the Graduate and Researcher College at the University of Kent, Canterbury, UK. He collaborated with the Gardzienice Theatre Association of Poland from 1989 to 1993 leading to his book Gardzienice: Polish Theatre in Transition (1997). Paul’s research has focused on actor training including Tadashi Suzuki as well as Polish theatre, particularly the legacy of Jerzy Grotowski. In 2009 he received an award for services to Polish culture from the Polish government. From 2015-19 he was appointed Research Mentor for the Conservatoire for Dance and Drama which comprises institutions specializing in circus, dance and theatre, and most recently he has advised WAAPA in Perth Western Australia on their research strategy. He has been involved in several digital training projects, of which his latest one for Methuen Drama Bloomsbury’s Drama Online platform is ‘Physical Actor Training – an online A-Z’. It contains over 60 films of training and is supported by the website The Digital Performer.