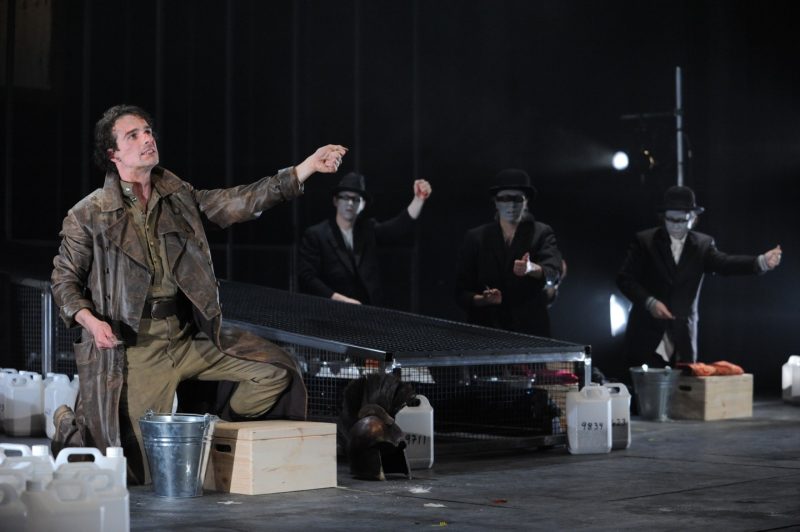 Various loosely similar words can be used to describe motivation, e.g. why, intention, task, problem, impulse, reason, goal. My preferred term is ‘objective’, but at any rate all this terminology seeks to understand ‘why’ the character is impelled by the given circumstances to take action.

In this worksession, we will explore practically with actors some different formulations of the objective that I work on with students at Royal Central School of Speech and Drama. We will work practically on scenes from Chekhov’s Three Sisters, Act Two. The given circumstances are relatively fixed if we decide to play the scene in a realistic way. The text is certainly fixed if we decide to play in accordance with the wishes of the playwright-creator. However, the opportunity for the actor-creator to create art is in the choice of objective to motivate the action – motivation which is implied in the text but is not fixed.

We will explore what happens to the same scene under different objectives for the characters – the differences between objectives that are wants, needs, or

drives; objectives that explore what the character wants to do or how he wants to change his partner; objectives that are good for the actor but bad for the character, and vice versa; conscious and subconscious/subtextual objectives; the role of justification for behaviour; the role of the superobjective and through-line of action; obstacle/counter-objective; and most of all, through physical and verbal improvisation and observation of real life, how to utilize the expressive power of the body, which includes speech as a part of a matrix of means to express our inner self and to achieve our objectives in life. Often we discover that what is persuasive to another is not what we intended, and as such actors need to be highly observant of the reactions of his or her scene partner in order to be flexible in the here, today, now of interaction.

We will also explore how to safely access and use emotion memory from the actor-creators’ own lives in order to create character.

Participants should be familiar with the plot of Three Sisters.

Jake holds undergraduate and postgraduate degrees from the University of Cambridge, as well being a fully qualified teacher and CELTA trainer. Since graduating in Acting from Royal Central School of Speech and Drama, he has travelled the world working as an award winning professional actor in theatre, television, film and radio. He now also works as a visiting lecturer, theatre director, acting coach and currently as part-time Diploma Manager at Royal Central, writing and coordinating the syllabuses and taking the lead teaching on the Evening Courses. He specialises in working safely with emotion, and coaching and directing using the techniques of Jerzy Grotowski and Stanislavski’s Method of Physical Actions and Active Analysis, most recently delivering teaching demonstrations at The Makings of the Actor International Theatre Conference, Athens and The Actor and Characters Conference, Vilnius in September.