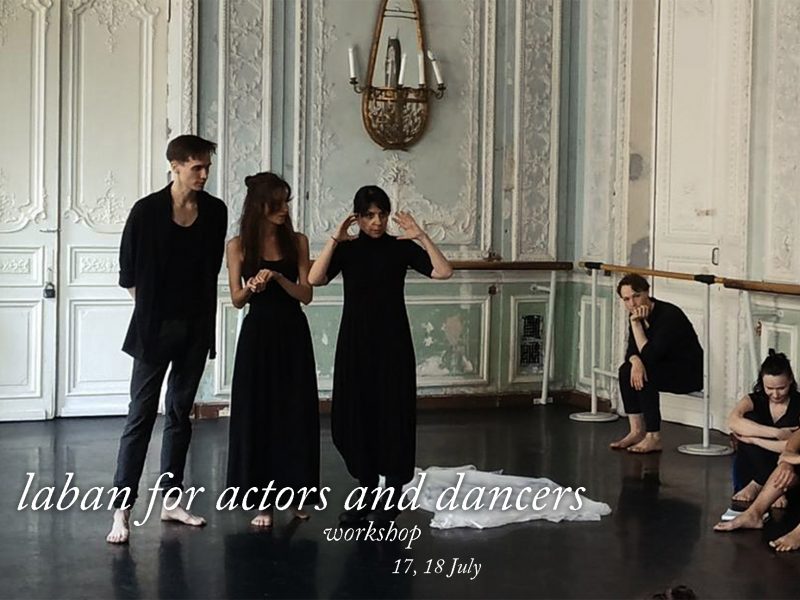 The application of Laban’s method in actor and dancer training has a long history. Although Laban himself applied his method to the training of actors and dancers, it was left mainly to his followers to develop, often erratically Laban’s insights. Practitioners such as Jean Newlove, Yat Malmgren, Geraldine Stephenson, Brigid Panet and so on have all continued developing his work by offering movement classes for actors and dancers based on Laban’s principles. Laban establishes the art of movement as a science. However, Laban’s followers have often dismissed the idea of a scientific approach in movement, since they have emphasized first and foremost on the emotional and expressionistic character of this method.Amovement science, on the other hand, would focus on logical elaboration and a conscious intention while training as well as when structuring a character.

The workshop will provide the conceptual basis of Laban’s philosophical foundation and his analysis of the main principles of human praxis in the theatre. More significantly, it will propose that the understanding of the role of the performer’s kinaesthetic experience and this experience is to be understood as possessing no psychological implications. The process of art-making is one of intentionally creating a world per se, namely, a new poetic reality that does not exist in this world. This idea is the foundation for understanding performance as a process of poetic science, the aim of which is for the performer to have a constant presence on the stage. In other words, the performer must constantly be attentive to his body’s ever-changing rhythms in present time and thus be able to continually experience what we might call, an aesthetic time and not merely a physical sense of time during the performance.

This presupposes a well-trained body; the performer works under the condition that his training develops bodily awareness of both movement and voice and addresses the needs of performing holistically. If the performer lacks that ability, his presentation stands as a schematic presence that reveals its inartistic character.It is notable that Laban starts his analysis by stating four different questions and giving their answers. Laban writes:

It is possible to determine and to describe any bodily action by answering four questions: (1) which part of the body moves? (2) How much time does the movement require? (3) What degree of muscular energy is spent on the movement? (4) In which direction of space is the movement exerted? (Laban 1950: 25)

He gives an example in reply to the above questions: it ‘is the right leg’, ‘the movement is quick’, ‘strong’ and ‘is directing forward’. What is to be understood from these questions and answers is that Laban is more interested in the functional approach to the body’s experience.

Laban (1950) stated that ‘the elements of movement when arranged in sequences constitute rhythms’ (Laban 1950: 130) and from this developed Effort that is the study of dynamics of movement and rhythm. What Laban calls Effort is the visible movements of the human body, which are the result of its inner attitude.

The 12 hours workshops will work on the principles of the methodology that concerns the actors’ kinesthesia and at the same time it will be construct samples of monologues, fight scenes, physical theatre, choreography, group scenes. The workshop will be taught in Greek.

Please send your cv to  info@themakingsactor.com